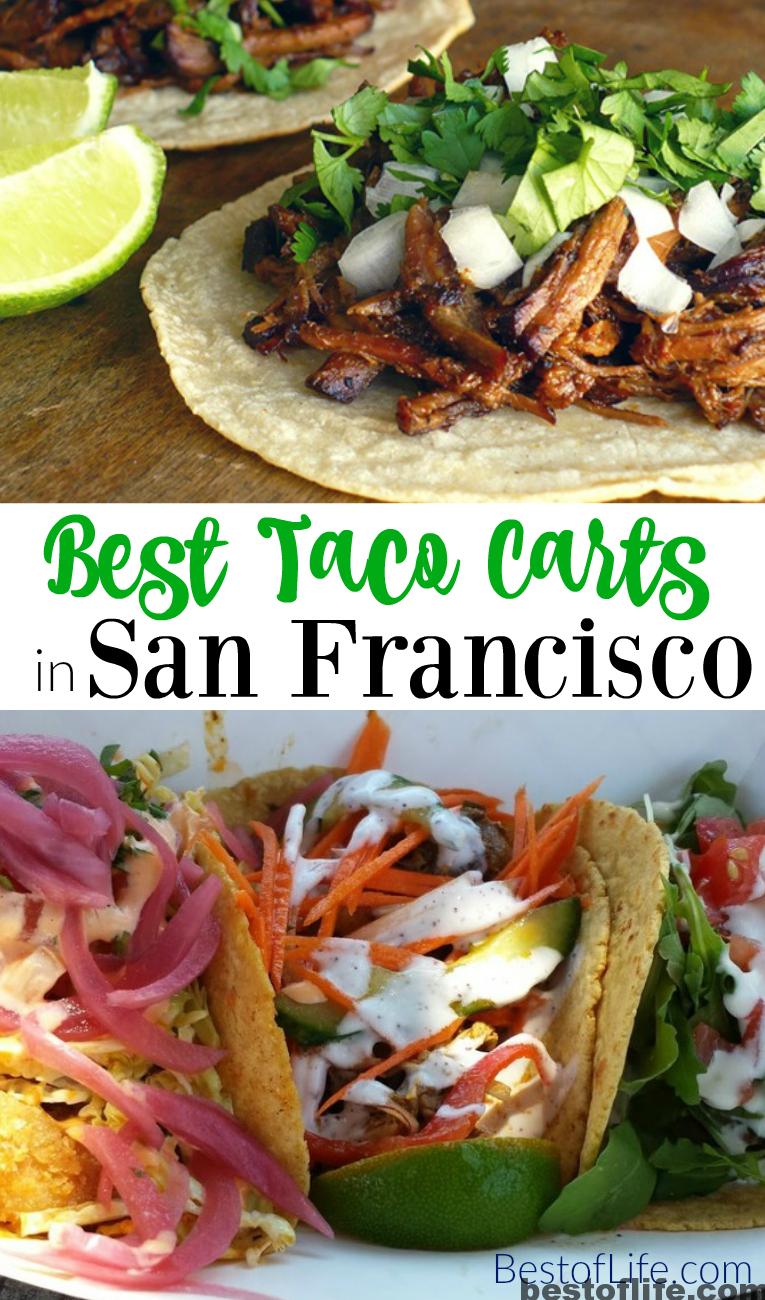 When you come to San Francisco, you expect hippies but get foodies with some of the best taco carts in San Francisco catering to every taco lover.

So many people from all over the world come and mix and mingle together in such a beautiful way. One of the benefits of that mixture is the food. The best taco carts in San Francisco are the ones that bring a different culture, a different spin, a different taste to the idea of the taco.

This taco truck has been around for years, even before taco trucks turned into gourmet food trucks offering all different kinds of foods. You can have the usual chicken tacos, or get creative with the Lengua tacos. For those that don’t know, Lengua is beef tongue and it’s amazing.

Ok, remember when I said food gets creative in San Francisco? Seoul on Wheels is a good example. This food truck is Korean-Mexican cuisine and in all of the best ways possible. Here, you will find Korean BBQ pork tacos and so much more.

You know that movie, where the hardcore chef decides to open a food truck? I’m pretty sure it was based on these guys. Maybe not, but the two chefs at the Taco Guys are both chefs who have worked in some of the best restaurants in San Francisco and now serve people tacos. Actually, not just tacos, the best tacos.

Here you will find some authentic Mexican tacos. That also means you will have to try some of the more…exotic meats. Try the pork stomach or pork buche. It may not sound good, but it’s awesome.

Ok, here is another cart that melds two culinary worlds together in a beautiful way. The Chairman offers Asian food with a Mexican flare. So when you order a taco here, you’ll more than likely get a gua bao or a Taiwanese bun folded into a taco with some delicious meats.