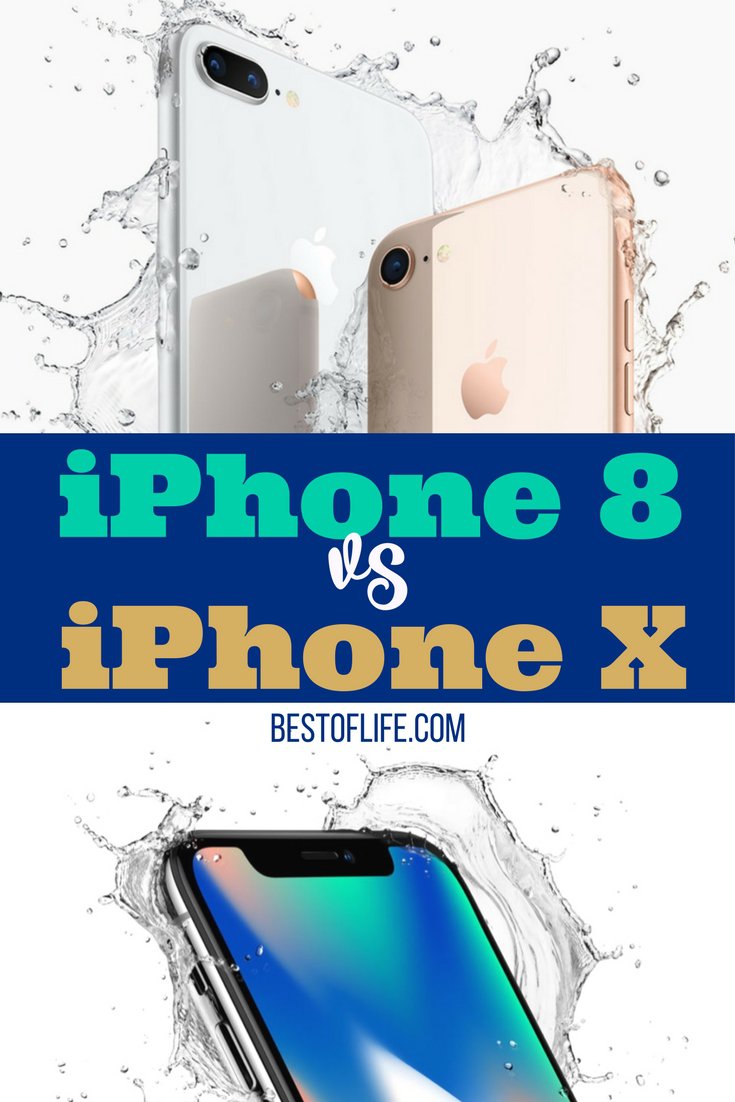 Apple didn’t just release one new phone in September of 2017. In fact, Apple didn’t even announce two new phones. Apple unveiled three new phones on September 12, 2017. There are the iPhone 8, iPhone 8 Plus and then there’s the iPhone X. All three phones improve upon the iPhone 7 on paper. Faster processors, improved cameras, and the iPhone X even comes with the highest price tag ever for an iPhone. The question is, which one comes out on top – iPhone 8 vs iPhone X?

You can still purchase the iPhone 7 and the iPhone 7 Plus but if you are looking to upgrade you have some options on the market right now. You can get the iPhone 8 the iPhone 8 Plus and the iPhone X will be released later this year. If you have other Apple products like an Apple Watch or a Mac those also got an upgrade in both looks and engineering!

When you put the iPhone 8 vs iPhone X, your goal is to find out which is better for you and which one you will ultimately purchase.

In the past, when Apple announced a new phone, they may have releases two different versions. The differences between the two models would be small and the size may have been the biggest difference. However, this year, Apple has essentially announced two phones at once, the iPhone 8 and the iPhone X. The iPhone 8 comes in a Plus model as well which is bigger in size but the insides are essentially the same. The iPhone X, on the other hand, is a completely different device. So which one is better? The iPhone 8 vs iPhone X.

While knowing the difference may ultimately make the decision for you knowing what the new iPhones have in common is just as important. While looking at the iPhone X, you may say these phones have nothing in common but open it up and you’ll see the similarities. For example, the iPhone 8, Plus, and the iPhone X all have the exact same processor, the A11 Bionic. The cameras are also all 12 MP cameras and the front cameras are all 7 MP cameras. All three devices have wireless charging, IP67 water and dust resistance, 3D Touch, Fast Charging, and come in 64GB or 256GB storage options. This is where the similarities end with the iPhone 8 vs iPhone X.

While size is a big difference, you’ll also immediately notice a design change between the iPhone 8 models and the iPhone X. The display is very different on the iPhone X, taking up almost the entire front of the device. The top of the display has a notch cut out of it for the camera and the speaker. While the display seems to be on Trend with Samsung’s Galaxy 8 and Google’s Pixel 2 XL, it also takes up the space of the fingerprint sensor for Touch ID. The iPhone 8 has the same appearance as past iPhone devices, nothing new looks-wise here.

Most smartphones come with a rear camera and a front-facing camera and the new iPhones are no different. The difference comes in the capabilities of the cameras. All three rear cameras are 12 MP cameras. However, the iPhone 8 has 5x digital zoom and is more similar to the iPhone 7’s camera.

The major differences between the iPhone 8 and iPhone X thus far may not seem like too big a deal. However, appearance is a big issue for smartphones. Apple releasing an entirely different looking device from all of the past devices is quite the big deal. That appearance may be the explanation for the difference in pricing.

The iPhone 8 will cost consumers $699 for the 64GB version and $849 for the 256GB version. These prices are on par with most devices currently available so nothing is new here.

The iPhone 8 Plus costs $799 for the 64GB version and $949 for the 256GB version. These prices are a little higher than normal but not by much for other devices with similar offerings.

When we get to the iPhone X, the price could make all of the difference. The iPhone X will cost $999 for the 64Gb version and $1,149 for the 256GB version. These prices make the iPhone X the most expensive iPhone ever made.