Have you tried the new and hugely popular Pokemon Go?! There are few things you need to get started: a smartphone, the Pokemon Go app, a portable battery pack, and most importantly you will need common sense!

Here are some of the best Pokemon Go safety tips, use them and don’t end up in a headline!

Staying safe while playing Pokemon Go is not terribly difficult but you do need to be a bit more aware of your surroundings! Some of you may have read reviews about how dangerous it can be to play this game, most of that can be avoided by thinking a little! Some of you will read these tips and think “DUH, That’s obvious”. After listening to some of the news reports and talking to fellow gamers I think it could be helpful for some players to read these tips.

There has been news about people targeting players by adding a module to a Pokestop and then mugging people who show up to take advantage of the swarming Pokemon. Be smart and play with other people you know. You’re less likely to get ambushed by a criminal if there are a bunch of people. It also stands to reason that you should check out your surroundings before you get wrapped up in the game. 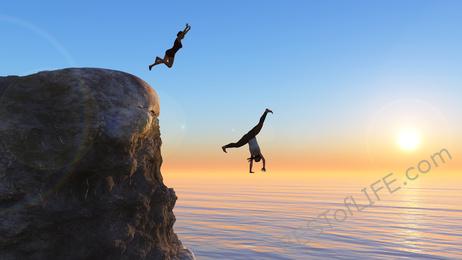 It’s never a good idea to go hiking alone or at least without someone knowing where you are going. “But Ray,” you might say, “some of the rarest Pokemon are found on a hiking trail!” To that I say: I get it, gotta catch em all, but at least let someone know where you’ll be and for how long. Tip one always applies: safety in numbers, even on a hiking trail.

You may not have time to go out at catch Pokemon during the day, or maybe you live in a hot place and hate the sun. Going out at night isn’t a bad idea as long as you take precautions. If you’re reading this post you’ve undoubtedly seen tip one and two. Both of them apply here as well! Tip 1 and 2 apply even more so when the sun goes down. I would also caution you to wear reflective gear! You want to be visible to cars so you don’t get hit. No Vaporeon or Squirtle is worth risking your life. I’m definitely looking at you, Central Park visitors.

Many Millennials know how to walk and text while also not falling off a cliff. But not everyone is as talented as say, me. Pay attention to where you are walking and utilize the tools given to you in the app. Pokemon Go features include a battery saver mode and notifications. Use battery saver mode to keep the game open with your screen dimmed by holding your phone upside down. Use notifications to alert you of nearby Pokemon, Pokestops, or Gyms without having to look at your phone. These will allow you to keep your eyes up and alert without missing out on any awesome Pokemon! 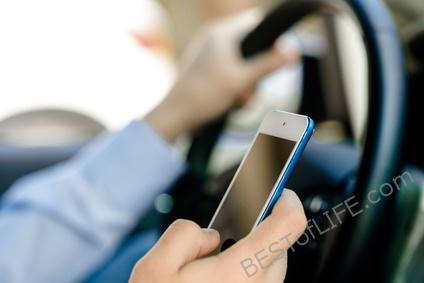 Ok, let’s be real, this is a “no duh” kind of moment. Don’t, DON’T Pokemon and drive. This may seem obvious but apparently, it’s not. Being a dumbass and playing Pokemon Go at 60mph is not safe and could lead to a damaged car, ego, or life. You can also apply this rule to a bicycle, skateboard, rollerblades, Heely’s, and anything else with wheels. Get a driver, take an Uber, call your grandma…I don’t care as long as you’re not driving and playing Pokemon Go.

Now that you know how to play Pokemon Go without having to look at the screen unless you’re stopped in a particular place you should have time to read. Read signs like the ones that say “No Trespassing.” Things can quickly get dangerous if you’re not paying attention to trespassing signs. Some states allow you to be shot if you are caught trespassing. Tell me, is an Aerodactyl worth your life? Hint: NO!

We’re all just Pokemon trainers, trying to make a living, and become the best there ever was. However, being a trainer doesn’t require you to check your humanity at the door. Instead, use the app to be more social, talk with others (you feel comfortable with), don’t invade others’ personal space. Keep in mind not everyone is in the same augmented reality you’re enjoying right now.