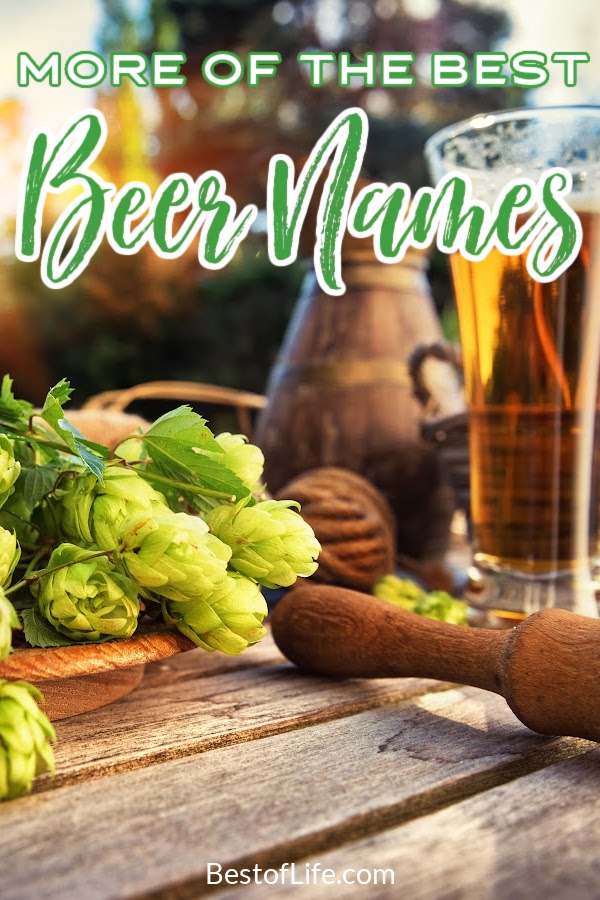 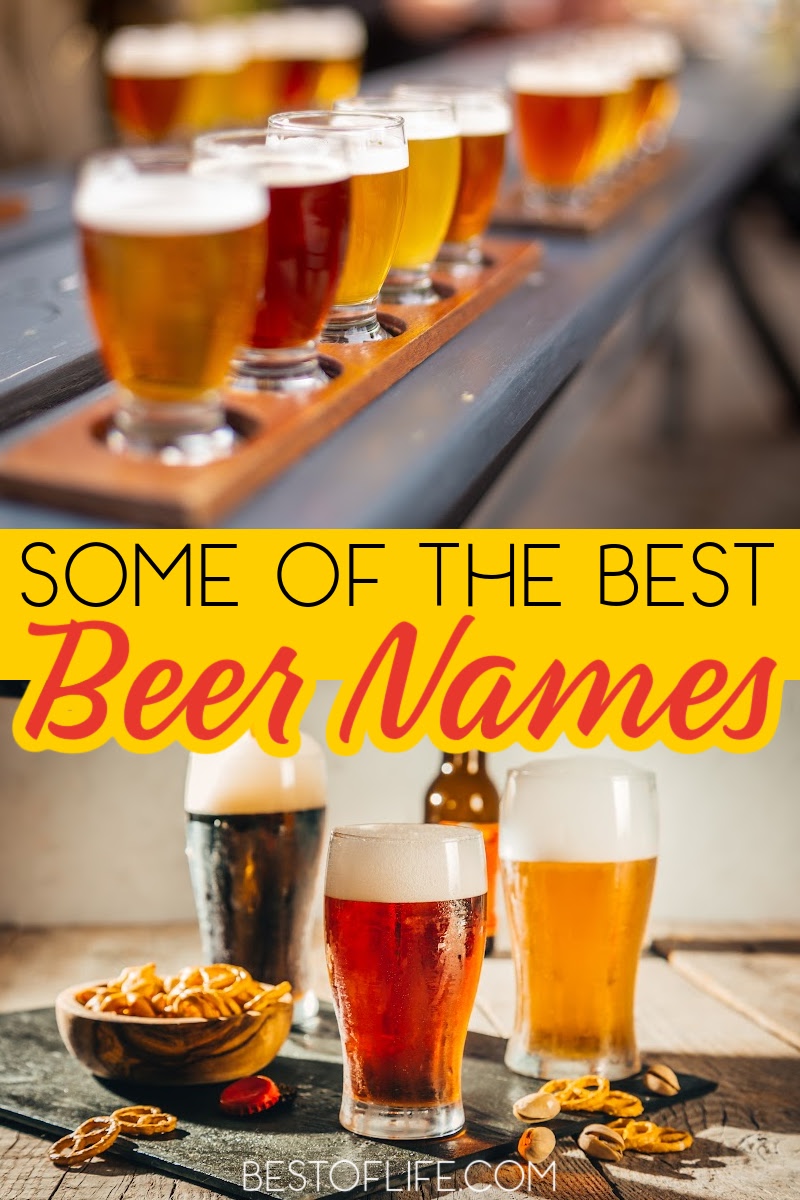 Brewers get very creative with names and often have fun dreaming up names for their beer. Sometimes brewers think of names long before they actually create the beer. Here is a continuation of my list of hilarious names of beers!

As I finished the last group of Best Beer Names I soon realized that there are even more awesome ones floating around. They’re all so funny and creative that I decided another list was in order. There is something to be said about an excellent name.

Not only does a great name keep customers excited and intrigued, but it also draws in new customers and adds to the notoriety of the brand! Creativity plays a large role in the craft beer world. The very fact that we have More of the Best Beer Names is proof that it’s true!

If you like craft beer there are a lot of ways you can learn more about it! You can also come up with your own home brew, DIY kits, and other brewing options so that you can create your own beer and give it a fun name!

Remember getting a treat as a kid in the form of a Popsicle.  This IPA is an adult treat!

I Dunkeled in my Pants

I laugh out loud every time I hear this name.  I would order this beer just because of the name, that’s saying something because I don’t usually order Dunkel beers.

This wonderful play on words is for an American sour beer called Gueze. Everybody remembers the children’s game, now you can drink it too!

This is another great play on words for a Belgian Quadruple beer. This brewer must have had a lot of fun in college!

This beer comes from the brewery that gives us Damnation, Procrastination, and Supplication.  This pale ale is called Parking Violation: great use of –ation on this one, like the others!

The name of this Belgian style triple speaks for itself.  Enough said. 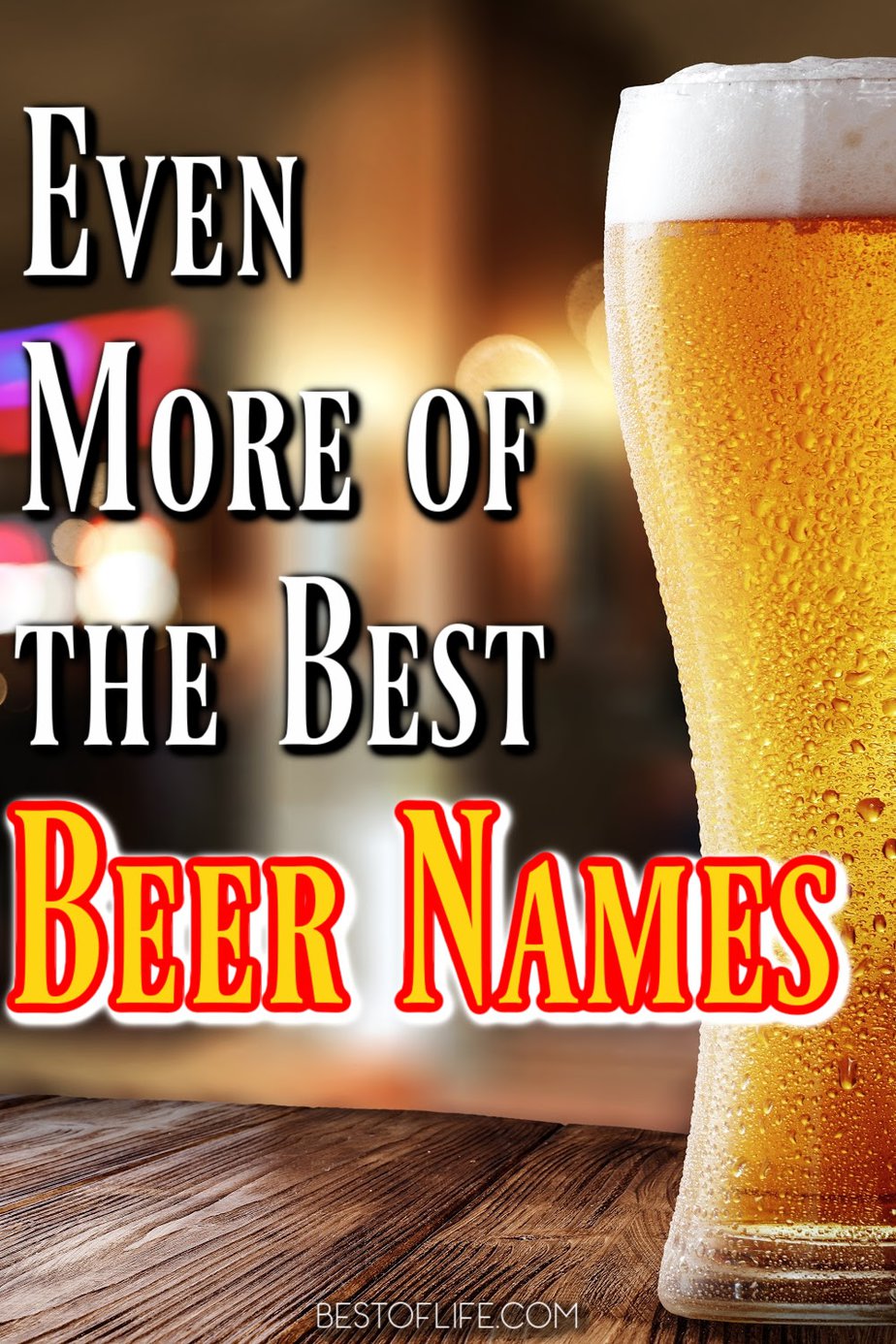 No one likes to pay alimony but it would make it easier to pay if you could pay in beer! Or maybe you have to go grab a few of these after you make that alimony payment to ease your woes!

A Crazy Ivan is a sharp turn made by a Russian submarine in the movie The Hunt for Red October and now it’s also a Belgian ale brewed by Bear Republic.

I love beer names that I can relate to, beers that help me reminisce about my youth.  This stout is a play on the singing duo from the 80’s.

I think the name of this Wheat ale says it all…right there in the name. 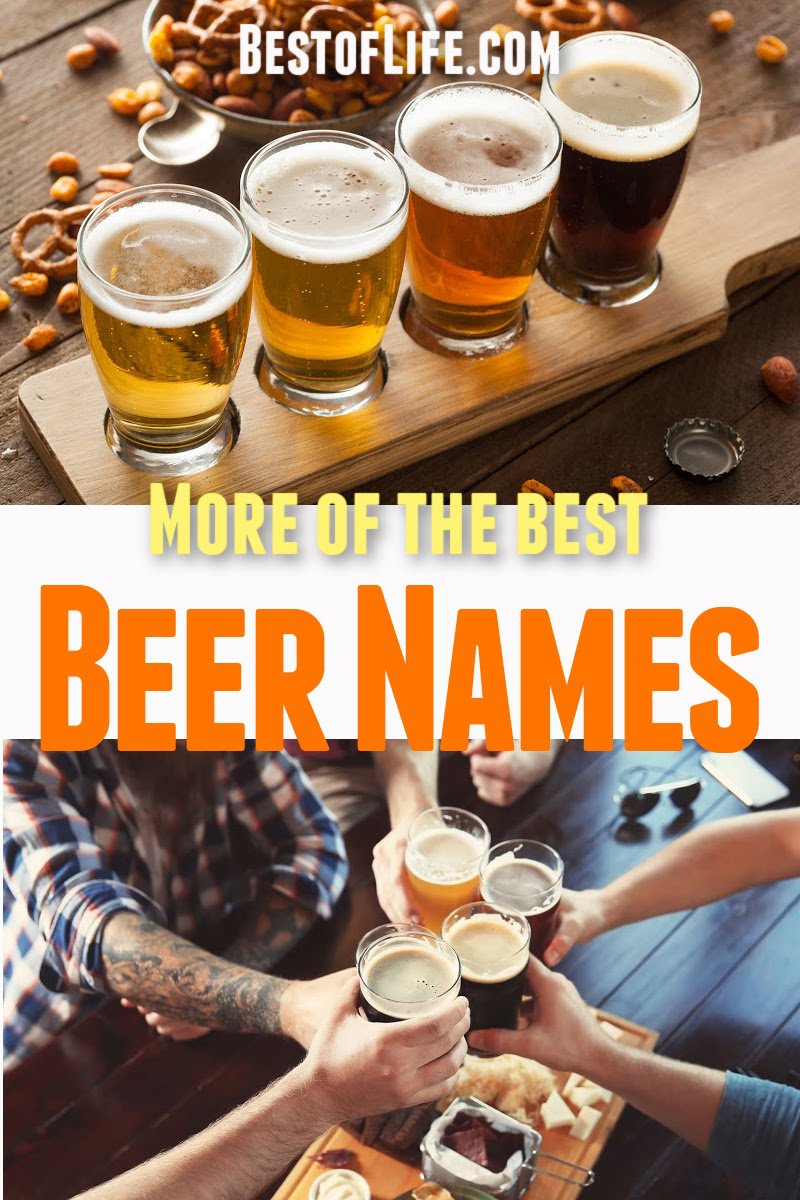 You may become one if you drink all of this English-style barleywine from Weryerbacher brewing company!

This delicious IPA comes to us from San Diego. I guess since you can’t see the Aurora Borealis from San Diego, you will have to settle for Aurora Hoppyalis!

I know some people might not like this name but it sure peaks my curiosity. Another beer I would order just for the name!

Completely wrong for a beer name! Nobody likes lumpy beer. But they do like Lumpy Gravy! That’s why this name works so well.

I think that Dunkel beers have the best names.  All of the names using Dunkel have been the funniest and this one doesn’t disappoint either!

A great pun name from the Transformers series, a play on the name of one character: Optimus Prime.

If you don’t know what a Donkey Punch is, Google it.  It is way too graphic for this forum, but the beer is delicious!

Any Simpson’s fan will love the name of this smoked beer from Ithaca Brewing Company.

Francis Ford Coppola would love this double IPA for the sheer fact that it has a great pun for a name.

Sound it out folks, read it out loud….Enough said!

Hop puns are awesome. This is a great name for an IPA.

Ok, this is the last hop pun on this list. This Double IPA boasts that it has 141 IBU’s. Taste it and see for yourself…and have some fun singing your favorite Notorious B.I.G. songs along the way.

I don’t know how this brewery came up with this name for their dark ale but it is kind of funny none the less!

This is a winter warmer beer that features an angry gnome on its label. Stand back! He’s an Ill Tempered Gnome.

If you have ever had a dog who liked to hump legs than I’m sure you can relate to this American porter’s name from Thirsty Dog Brewing!

25 Best Ever Beer Names | Popular Beer Names | There are so many different beers out there and while the names have nothing to do with the flavor, they are awesome.

Best Craft Beer and Food Pairing Tips | Craft beer is an entirely different beast that we must tame; we must.

Best Beer Cocktail Recipes | List of Beer Cocktails | Mixing beer with other alcohols was once a bad idea, but now, we love it!

Beer Dip for Pretzels | Game Day Dip Recipes | You can’t have beer without enjoying something a little on the salty side.

Best Football Stadiums to Find Craft Beer | Football and beer go so well together. How can you watch a game without a cold one?

TheBeerGuyRhombus T. Knuts has been a Brewmaster at 5 different breweries on the west coast and has been in the brewing industry for over 18 years. He is an active judge at the GABF and World Beer Cup. He has been a member of The Brewers Association and the Master Brewers Association of the Americas. Rhombus has taught brewing classes at a community college and sits on the Advisory Board for the UC San Diego Brewing Extension program.
Posted in:
Booze
Tagged:
Best Beer, featured, Popular Everything
Leave a Reply Cancel reply
Customer Favorites