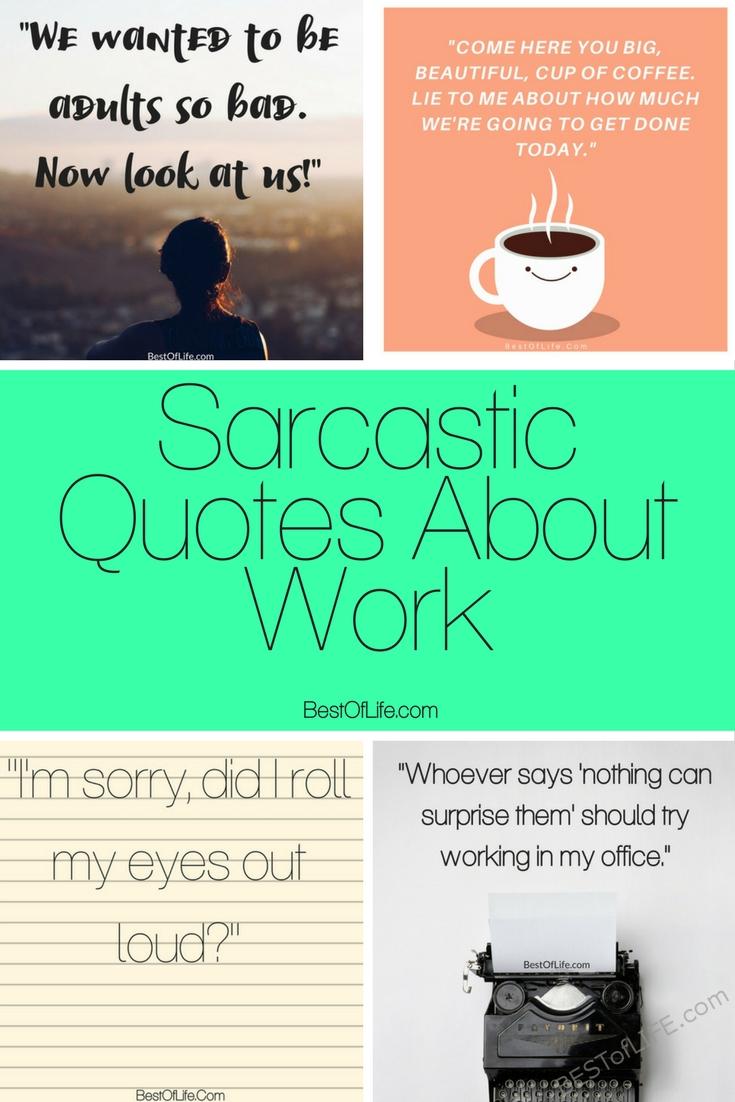 When you search for a job you look for things you are qualified for, things you enjoy, jobs that are nearby, and so on. On the days that it felt really hard to keep my mouth shut I would just think of these great sarcastic quotes about work and pray for that 5 o’clock release! 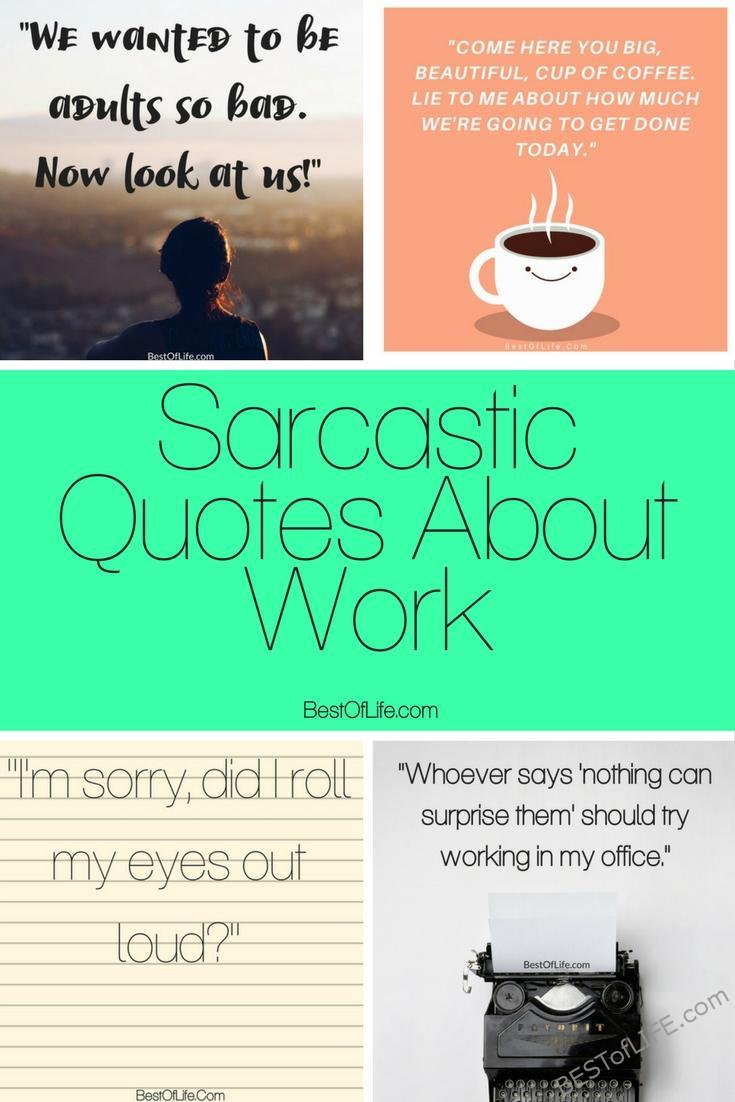 Work can sometimes come with a bit if stress and maybe even some annoying collegues.. Don’t get mad – reduce the stress with these sarcastic quotes about work instead!

Write these sarcastic quotes about work on post it notes with your favorite pens…it’s calming. Or you can frame them for your home. You can even print them out and give them to others when they need a funny boost.

I don’t recommend shouting them out loud with a megaphone but hey, I can’t stop you!

Sarcasm is the use of irony to convey contempt or to mock. I like to use sarcasm to do both. At the moment the only person I get to spew sarcasm to is my dog and occasionally my rabbit when she feels like snuggling up under the desk.

There was a time however, when I worked in an office, a school, a library, and even a few restaurants. All of these places are known to draw idiots of all shapes and sizes.

In my last job I struggled every day to keep my sarcastic quotes about work to myself. The job was awful, the clients were awful, and the bosses had so many brown-nosing schlubs attached to their asses it was a wonder they could ever sit down without any casualties. So I get it. I’ve been there.

Don’t lose it just yet (although that would be very funny and I’m never not entertained by those YouTube videos). Let these sarcastic quotes about work give you a smile today, you’re not alone, everyone wants to scream at work at some point in their life! 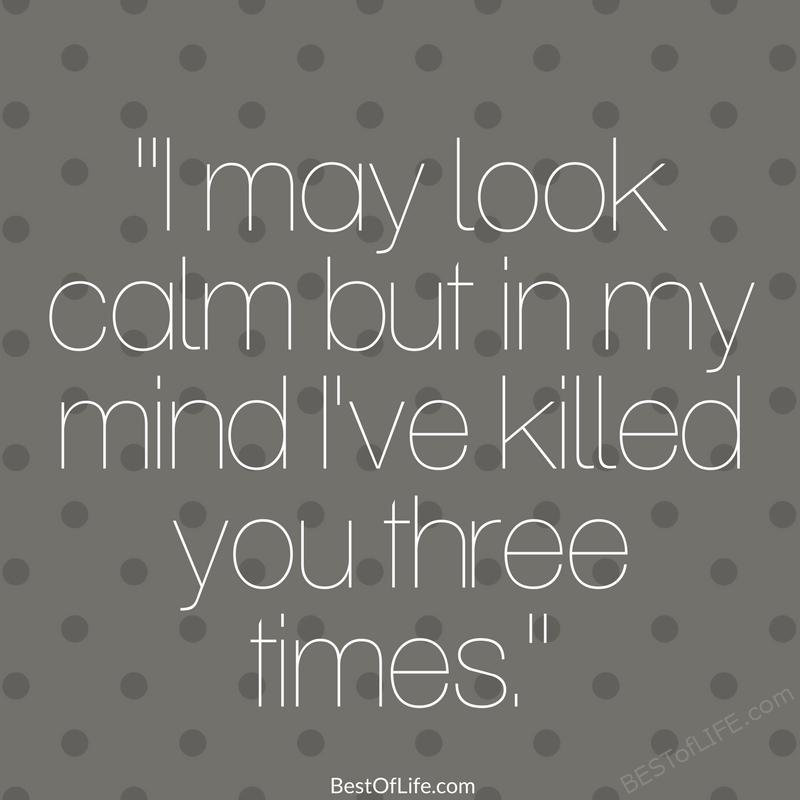 “I may look calm but in my mind I’ve killed you three times.”

Sometimes this isn’t a joke right?!? I’ve lost time on more than one occasion thinking about how nice it would be to open the morning paper and read about a certain death or two.

Or those really fun out of body experiences where you can almost see yourself reaching out and choking the person while they’re saying the next round of stupid things! 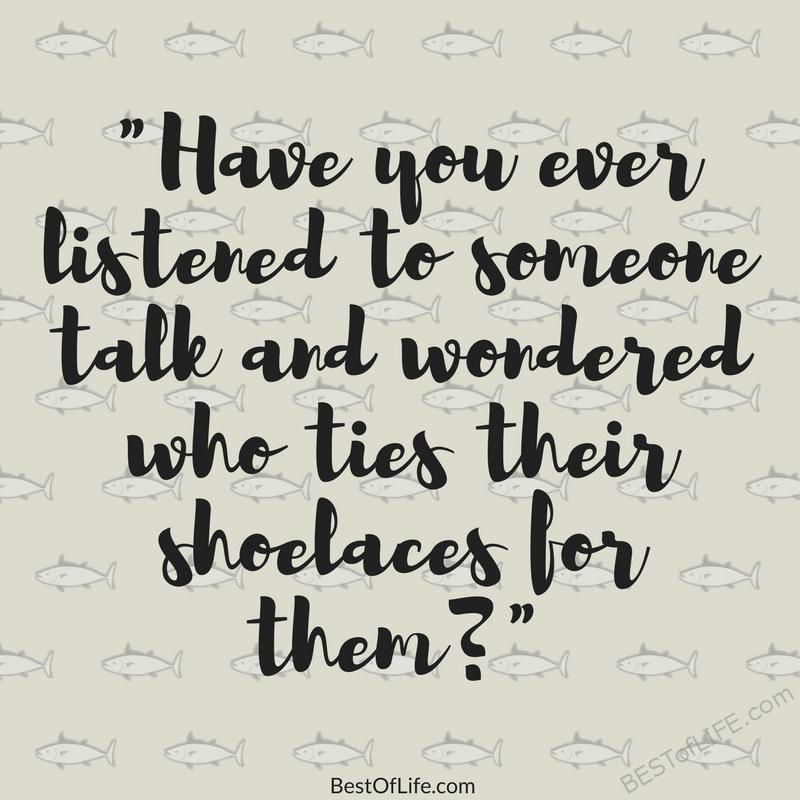 “Have you ever listened to someone talk and wondered who ties their shoelaces for them?”

I love this one! It always makes me think of this time, when I was working in a Police Department in college and I had to make a colored guide on how to make photo copies. I Just can’t get over how much money some people can make in a day without even the slightest grasp on common sense.

“Come here you big, beautiful, cup of coffee. Lie to me about how much we’re going to get done today.”

I used to pray that my office mates would be off work. I can’t be the only one who can hardly get anything accomplished because of constant NONSENSE interruptions!

There’s not enough coffee in the world to fix some people, or to conquer some problems…but hey, if you start drinking early enough it can seem possible!

“I can explain it for you but I can’t understand it for you.”

More flashbacks, it’s like a shitty movie night over here, all I can see is a sea of confused faces…After the third or fourth time it’s usually easier to just throw out the old “I’ll just do it.”

I think it’s probably a secret code that slackers commit to in order to get out of work…just sayin’.

“Whoever says ‘nothing can surprise them’ should try working in my office.”

We all have that one person who never ceases to amaze us with their endless streams of stupidity. When you just can’t take anything more and they manage to put the toner in the printer backwards or delete their email shortcut for the 46 millionth time. 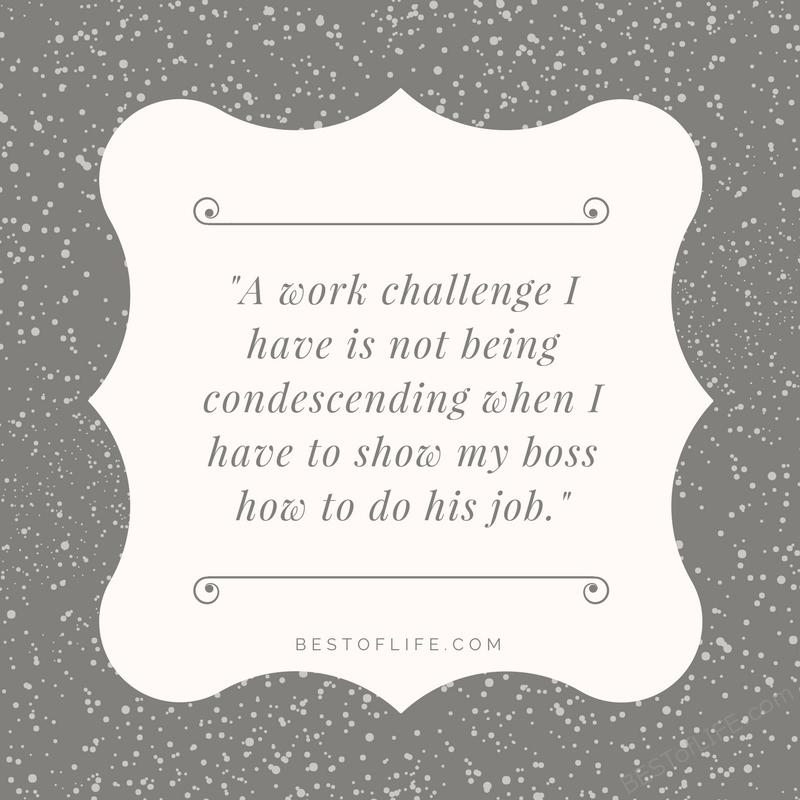 “A work challenge I have is not being condescending when I have to show my boss how to do his job.”

Amen. There is nothing worse than having to do the job of your supervisor because they CAN’T. Good thing they’re getting paid the big bucks! 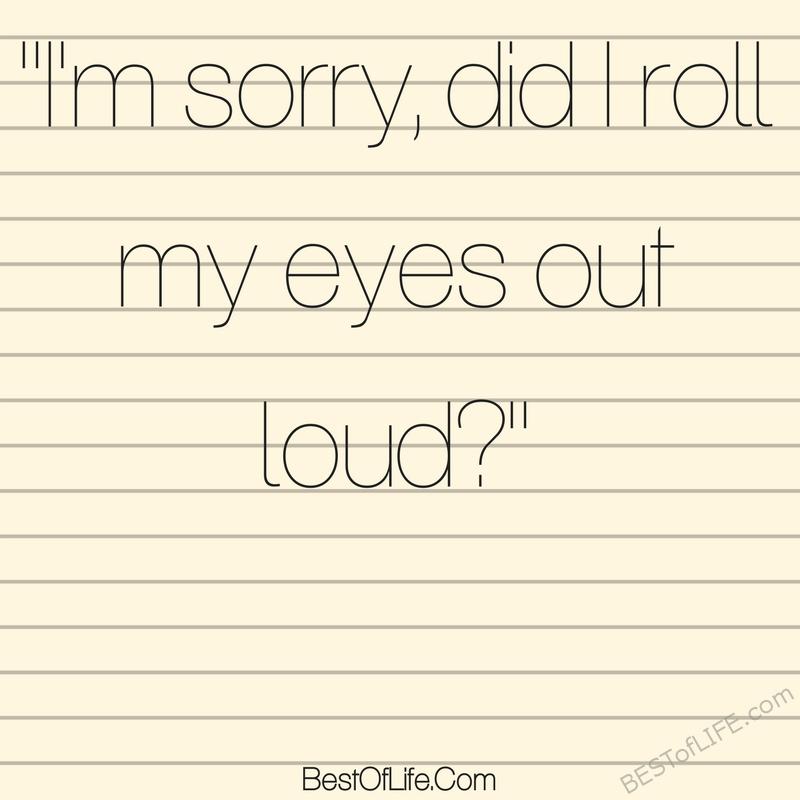 When you have that one assignment that doesn’t make any sense and you know damn good and well that you’ll have to redo it a different way in two days because your boss will figure out that it makes no sense by then…Or you wake up and think it’s Friday but it’s only Tuesday. Ugh.

“We wanted to be adults so bad. Now look at us!”

I feel like no one every accurately prepares us for what it is like in the real world in terms of a job. There should be a class in high schools that prepares you for repeating yourself 47 times, blank stares, customers who want their butts kissed, and bosses who don’t have a clue what is going on.

Oh and if once or twice a week someone could snarf down half of your LABELED lunch before you get a chance to eat it that would probably help too.

No one thinks to ask about the employees when they interview! The truth is, you just never know what you are going to get. I am a naturally sarcastic, smart ass so finding the right crew in an office environment was not always easy.