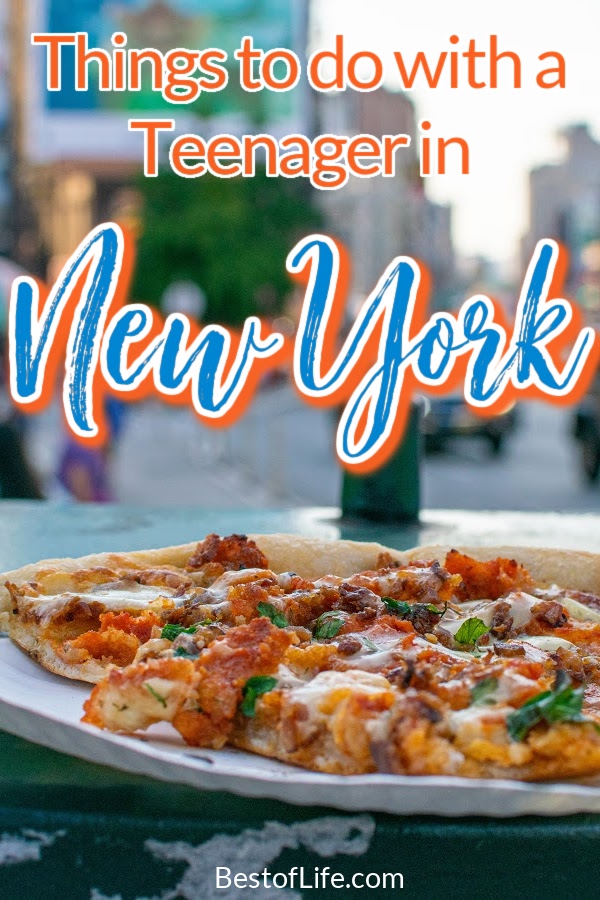 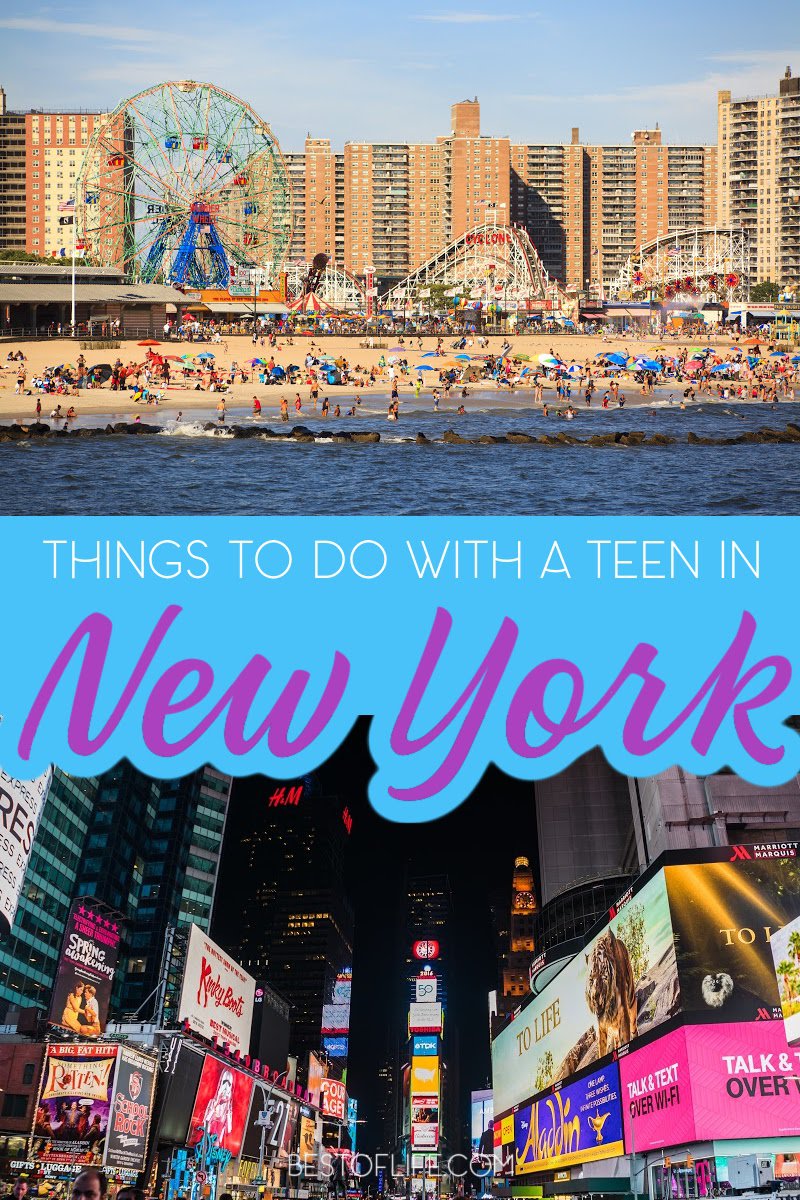 No matter what your interests are, there are at least a few dozen other people that share those interests. Having those things in common means there is plenty to do, even if you’re a teenage girl. If you’re asking what to do with a teenage girl in New York, the answer depends on her unique interests.

New York City is a big place filled with many different things to do for everyone. To find out what to do with a teenage girl in New York, think about what her interests are. No matter how long your visit will be, you can find something she’ll enjoy.

New York is known for a great many things, including its wide array of things to do. For example, if you’re a foodie, there are plenty of fun places to get a bite. If you’re into fashion, there are unique styles to be found all over the city. If you’re athletic, there is always a game to watch.

New York can be the perfect place to learn a few things, especially for a teenage girl. If you’re asking what to do with a teenage girl in New York, the answer isn’t hard to find. The things you should consider when planning a day in New York with your teenage daughter include her interests, what’s trendy, and what’s within your budget.

Thankfully, you’ll likely find a lot of overlap in these three categories. 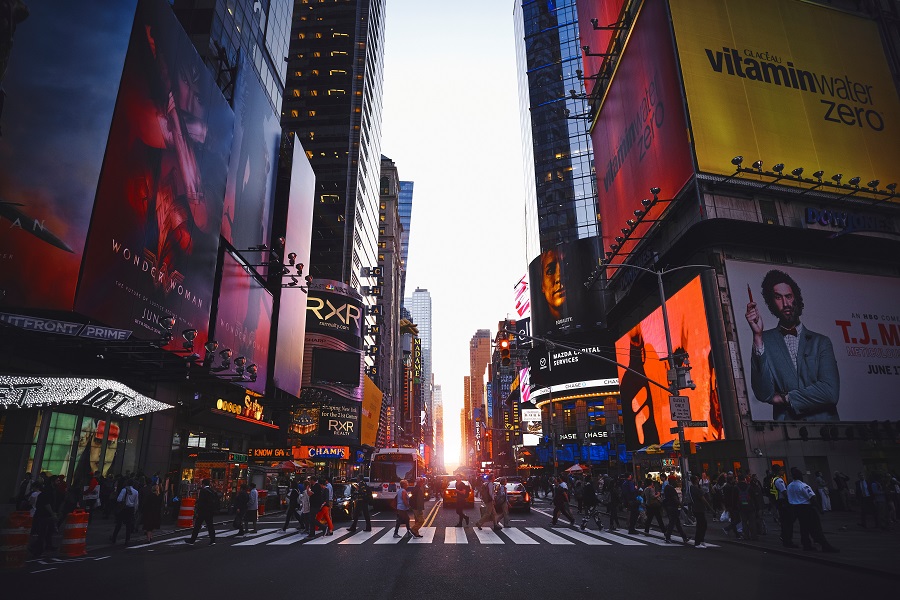 What to Do with a Teenage Girl in New York | Theater

One of the most popular things to do in New York is get dolled up and hit Broadway. There are always a handful of shows that are being performed and there is surely one that fits her interests. However, not every show has tickets available and even if there are some tickets available, they could be bad seats or even worse, out of the budget.

Luckily, off-Broadway is a thing and it is just as good as Broadway. There is even a theater option performed, produced, and directed by teens known as Firebird Theater.

There are a few things that teens must try in New York, and Coney Island is one of them. During the on-season, generally from Easter until Halloween, Coney Island offers rides, sideshows, and of course, the beach. All of the above are perfect activities for teens and they will love the experience.

During the off-season, you can still enjoy the area and Brighton Beach is nearby as well.

The circus has always been a great activity for teens. There’s nothing like the thrill of seeing trapeze artists flying through the sky or ground acts showing off some amazing skills. The only thing better than watching is doing. Manhattan is home to the Trapeze School, a school where you can spend the day safely learning how to do trapeze, trampoline arts, aerial arts, ground acts, and so much more.

There are classes you can join for beginners and even pros that fill an hour and a half with absolute fun. 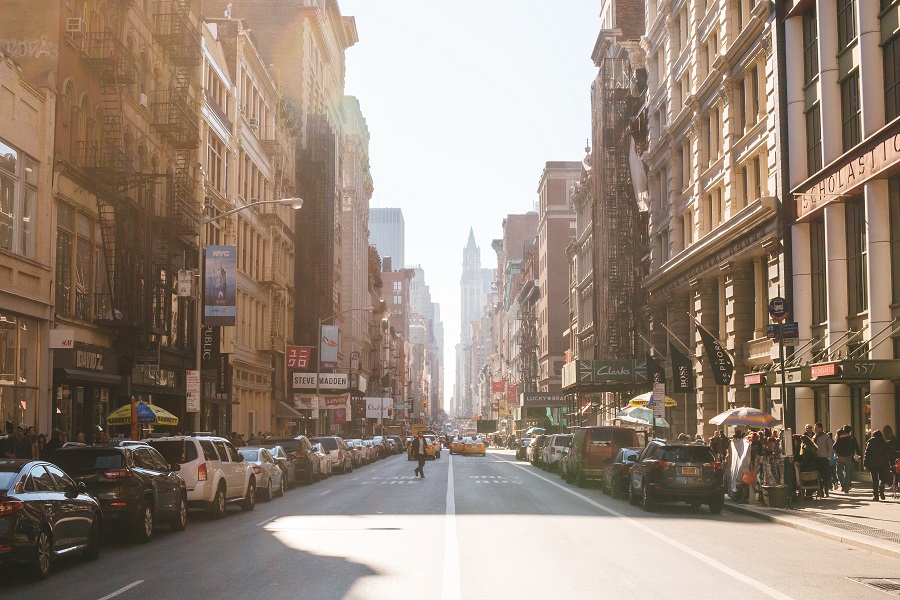 New York has many places to shop that cover every budget, but vintage is where it is at. Vintage clothing shopping in Manhattan is the perfect way to spend your time before or after your circus training. You never know what you may find while in the vintage shops, but style is always readily available.

What to Do with a Teenage Girl in New York | Pizza

What teen doesn’t want to try authentic, New York pizza? While there is heavy debate as to where you will find the perfect slice, there are a few spots that are more often mentioned than others. Those places include Bleecker Street Pizza, John’s in West Village, and Patsy’s Pizzeria in East Harlem.

We have become a society that loves to post our travels on social media, Instagram mainly. New York has a ton of opportunities to get those likes on Instagram as long as you get the right angles. A couple of the hottest spots that often trend on Instagram include the Museum of the Moving Image, New York Hall of Science, or one of the many different pop-ups throughout the city.

One of the current favorite pop-ups is The Color Factory, but you will want to catch it before it’s gone. 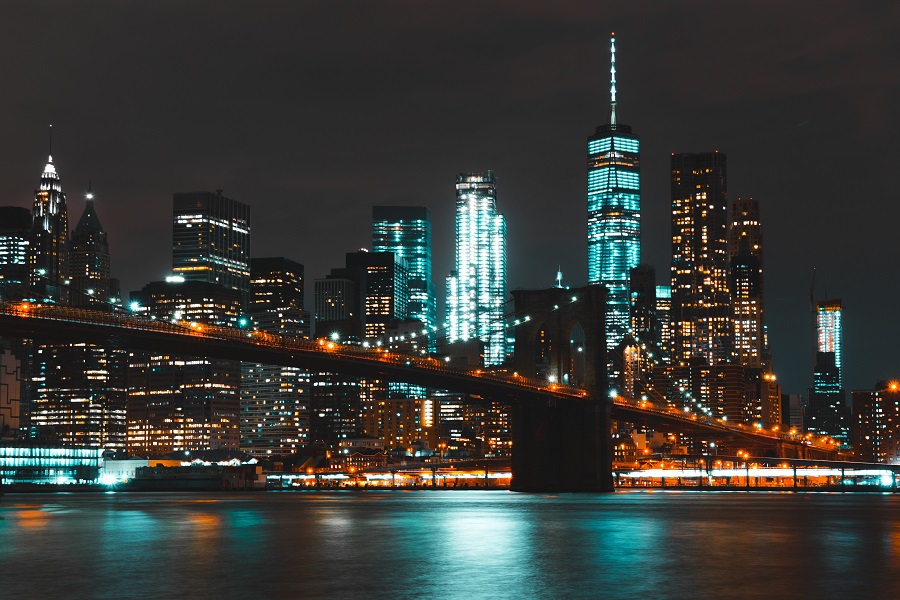 Christina Tosi owns one of the most popular bakeries in New York, Milk Bar. Tosi is a renowned pastry chef and now you can learn how to make some of her signature dishes by the people who make them daily. These classes teach you the step-by-step process of making the most popular items on the menu at Milk Bar.

Who knows, you may even run into the star chef herself.

What to Do with a Teenage Girl in New York | Teatime

You may not be in England but there are plenty of opportunities to have a posh experience. Tea & Sympathy is one of the main places that serves British foods but also, serves some amazing teas and biscuits. Tea & Sympathy isn’t the only place you can have teatime, Bosie Tea Parlor, The Ritz-Carlton, The Pierre, and The Plaza all have teatime offerings.

What to Do with a Teenage Girl in New York | You Scream, We all Scream for…

Have you been to an ice cream factory yet? It is a must-try in New York. Ample Hills opened a 15,000-Sq Ft factory in Red Hook that is open to the public. Walk around and get interactive with the ice-cream-making process all while enjoying freshly made ice creams of your choice. 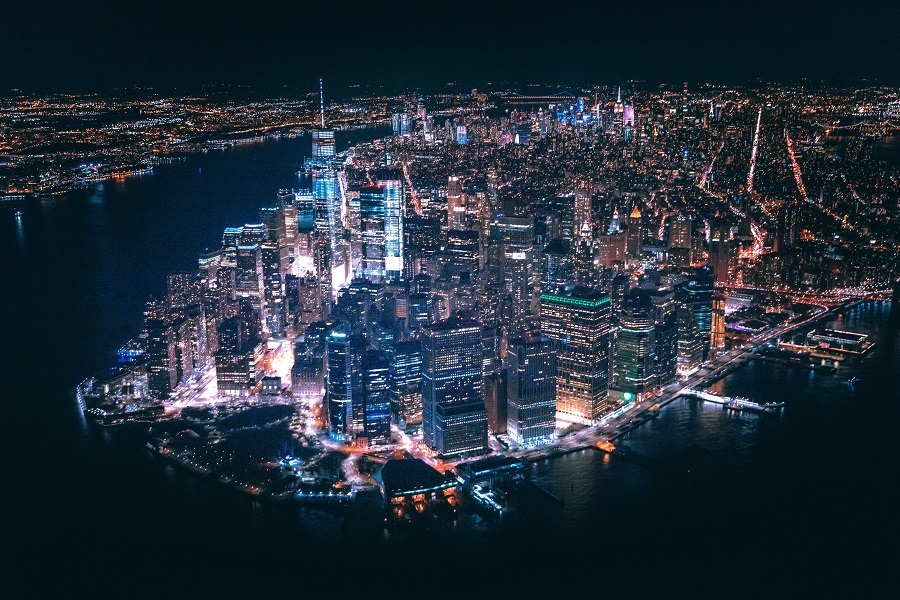 Like many cities, New York fills the calendar with different festivals and community events that are fun for everyone, including teenage girls. A few of the most popular festivals include the Chinese New Year festivals, the Tribeca Film Festival, Fourth of July on Coney Island, Village Halloween, Christmas at Rockefeller Center and of course, New Year’s Eve in Times Square.

While those are the big ones, there are plenty more to see and visit all year long.

City tours are nothing new and it would seem like they don’t get any better than riding around on a bus getting facts squawked at you. But The Ride takes the city tour to hilarious new heights. Not only will you get a tour of New York City, but this high-tech bus also comes fully equipped with tour guides who are performing on the streets as you enjoy the ride.

Times Square is filled with tourists and is a must-see for your first visit to New York. But you can take it up a notch and maybe even beat the crowds by arriving slightly before sunrise. This will make for an amazingly beautiful, no-where near serene, photo op. While most sun rises are tranquil, this one will be exciting and new. 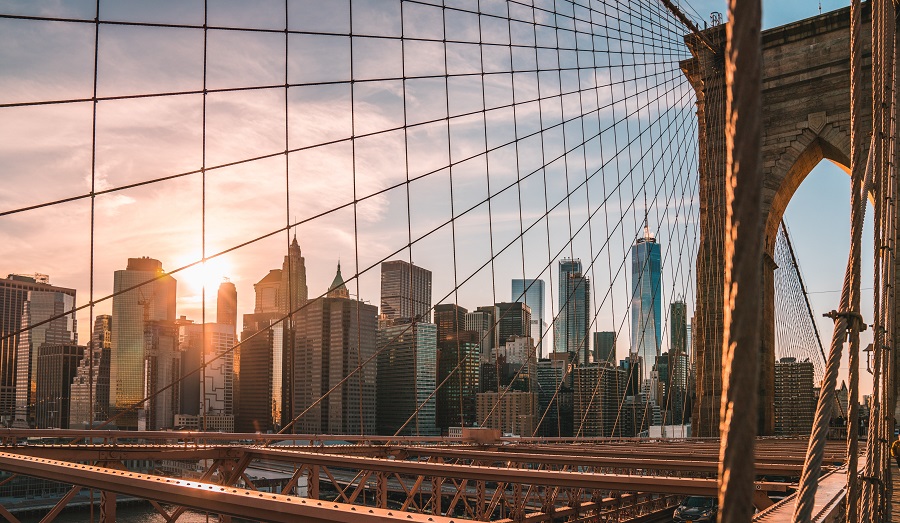 While buildings and obviously overdone tourist attractions may not be on a teenage girl’s list of things to do, the Brooklyn Bridge is a must. Take a walk across the bridge and make sure you end up in Brooklyn. There are a lot of places to refuel your body in Brooklyn.

There aren’t many flea markets that are considered to be famous, but the Brooklyn Flea Market is one of them. This market is open from April to November and has been ranked by many different travel magazines and sites as a top shopping opportunity in New York. There are over 100 vendors and 30 food vendors that all offer interesting things.

Lower Manhattan is home to one of the trendiest spots in the world, SoHo. Here, you’ll be able to shop, entertain yourself, and so much more. You may even stumble across some new trends that aren’t yet trendy here. In fact, SoHo could be where many trends in the world start.

21 Things to do in La Jolla California | New York City and California have two, vastly different vibes. But that doesn’t mean either one is better than the other.

15 Best Tourist Things to Do in LA | Los Angeles alone has its own vibe that you can enjoy as a tourist or even a local tourist.

11 Free Things to Do in Chicago for Kids | Chicago is a wonderful place to visit for art, architecture, and of course, fun with the kids.

15 Free Things to do in Denver for Kids | Denver is usually a winter destination for some, but it can be good all year long with the right activities on the itinerary.

15 Free Things to do with Kids in San Francisco | San Francisco invented vibes and you can enjoy many different versions all in one trip. 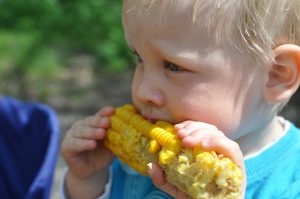 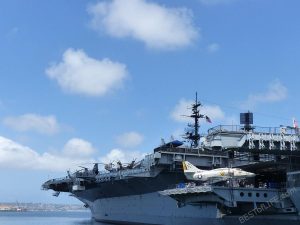 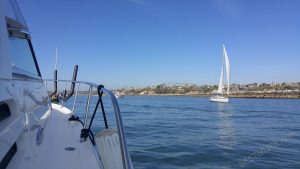 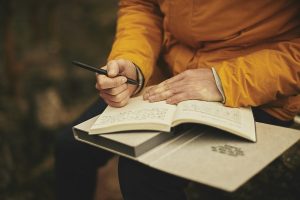 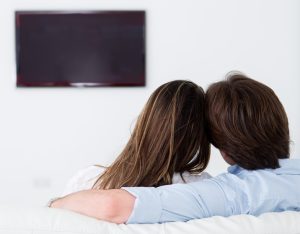 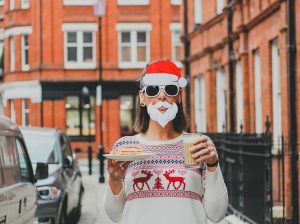